5 Tactical Flashlights You Can Also EDC

A lot of times when we talk about EDC flashlights the focus is on small, compact flashlights you can carry in your pocket or on a keychain. For people whose jobs often calls for a flashlight such as law enforcement, security guards, construction workers, tradesmen etc., a smaller flashlight might not cut it.

If your daily needs require a flashlight that produces super bright outputs, a beam that covers some serious distance, or maybe want something that can also be weapon-mounted, these 5 tactical flashlights that you can EDC are what you’re looking for.

Review on BudgetLightForum.com
Review on CandlePowerForums.com 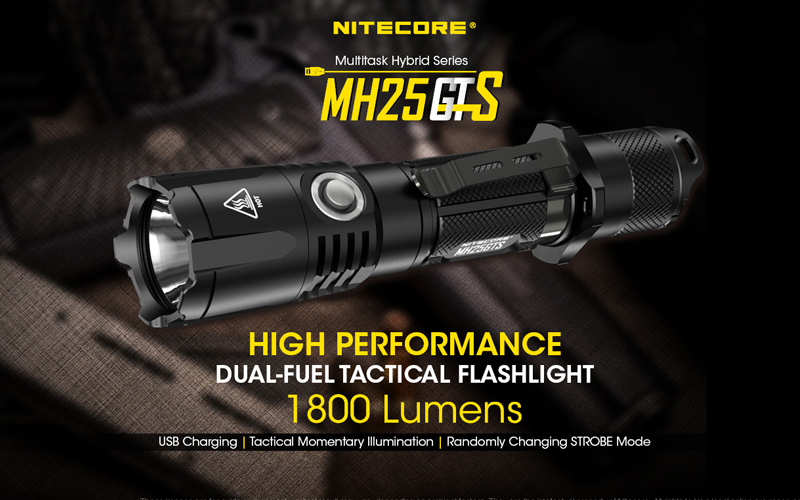 When NITECORE upgraded the MH25GT last year, they turned what was a pretty good hunting flashlight into something for serious consideration if you need to EDC a tactical flashlight. The MH25GTS features a redesigned user interface that relies on a tactical tail cap for on/off control and a side button on the bezel for brightness adjustment. A CREE XHP35 HD LED enables a maximum output of 1800 lumens and offers 332 yards of throw distance — that’s one of the most powerful beams on this list.

NITECORE also added an aggressive strike bezel and relocated the USB charging port to the tail cap where it’s much easier to use. Not only can the MH25GTS be weapon-mounted for tactical and hunting applications, but the overall profile is just right for carrying on a duty belt or holster.

Review on BudgetLightForum.com
Review on CandlePowerForums.com 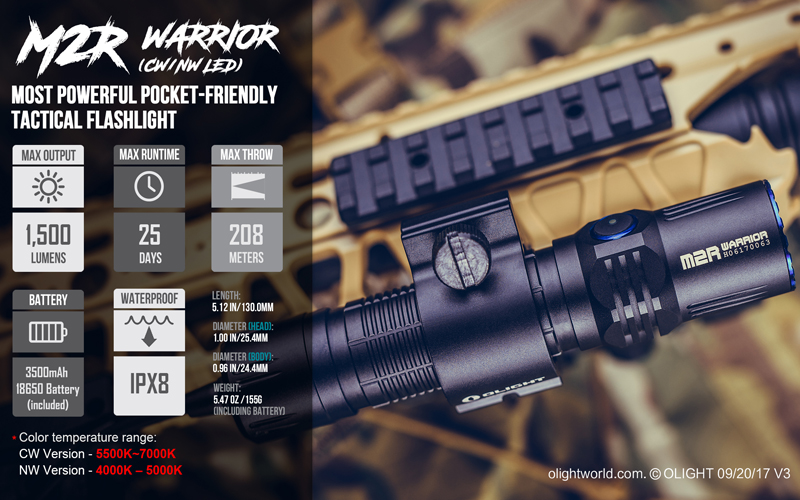 For a combination of sleek and powerful that can’t be beat, the Olight M2R Warrior strikes an excellent balance between EDC and tactical. Equipped with the same CREE XHP35 HD as the NITECORE MH25GTS, the M2R claims 1500 lumens of light on Turbo with a throw distance of 227 yards. 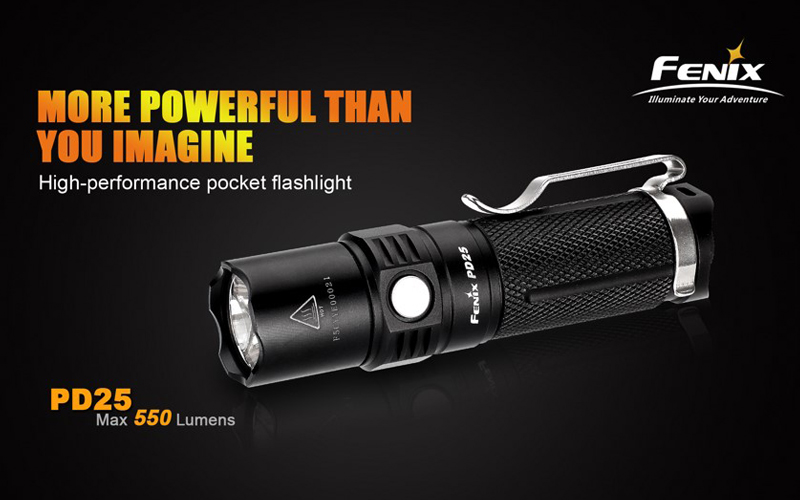 If the idea of a tactical flashlight appeals to you, but you still want it to carry comfortably in your pocket, the Fenix PD25 is top of the list. This palm-sized flashlight still offers big output from a CREE XP-L LED with a Turbo rating topping out at 550 lumens. Unlike the other flashlights on this list, the PD25 is only 3.7” long and can be powered by either a rechargeable 16340 li-ion battery or commonly found CR123A non-rechargeable batteries.

Although the PD25 leans more toward the everyday carry crowd, it makes a great backup choice for those of you who typically carry a larger torch.

Review on CandlePowerForums.com
Review on BudgetLightForum.com 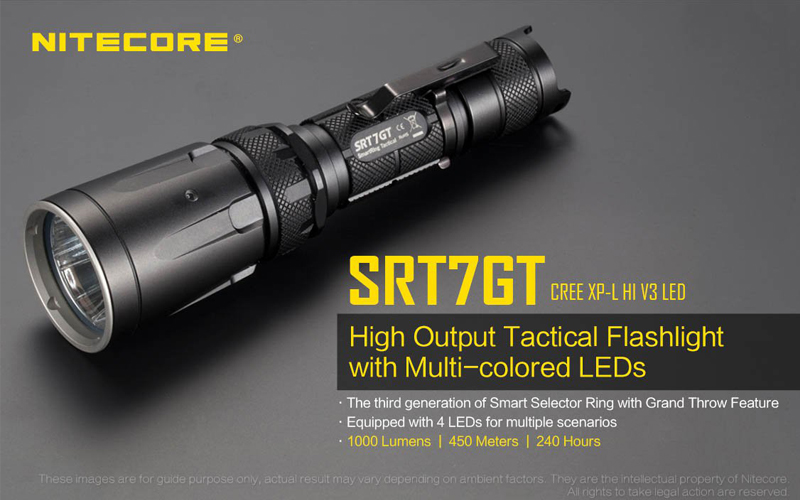 NITECORE put their own twist on the tactical flashlight user interface with the NITECORE SRT7GT to create a flashlight that is truly unique. The SRT7GT uses the same tactical tail switch control for on/off control, but instead of using side control or tail buttons, this flashlight features a SmartSelector Ring. The selector ring allows you to choose the exact brightness level you desire anywhere from 1 to 1000 lumens, freeing you from conventional brightness modes. Thanks to a CREE XP-L HI V3 and elongated reflector, the SRT7GT has the longest throw distance of all the lights on this list at 492 yards.

But the SRT7GT doesn’t stop there. NITECORE also added secondary red, blue, green and UV LEDs which can be used for inspecting, alerting, signaling and so much more.

Review on CandlePowerForums.com
Review on BudgetLightForum.com 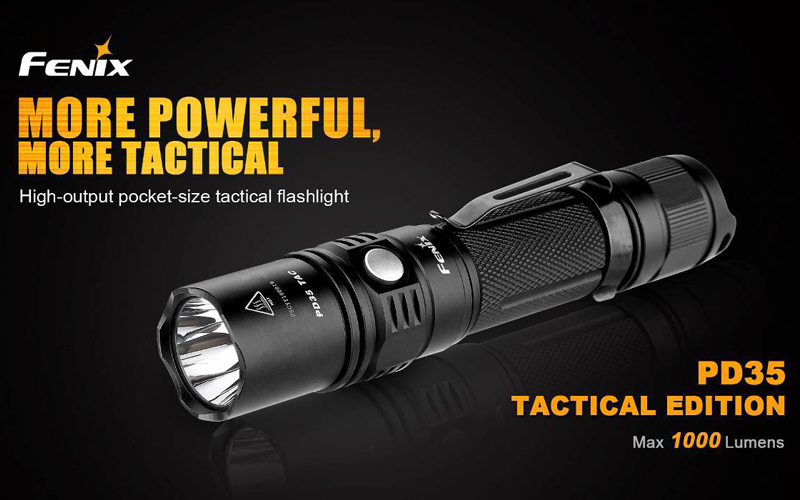 The Fenix PD35 TAC rounds out this list of tactical EDC flashlights. Based on the popular PD35, this version boasts a 1000 lumen output on Turbo thanks to a CREE XP-L V5 LED and adds a crenulated bezel for glass breaking and self-defense.

What sets the PD35 TAC apart here is inclusive of two operating modes which change how the flashlight operates. In Tactical mode, only Turbo, Low and Strobe outputs are available with priority given to Turbo/Strobe so you always get the brightest output possible. In Outdoor Mode, the PD35 TAC behaves more like a traditional EDC flashlight and gives access to six output levels. In this mode, the PD35 TAC will also memorize the previously used brightness and return to it the next time you turn on the flashlight.